Golfing in the Netherlands….and a bit of Belgium

I first visited The Netherlands, many years back, to look at a potential golf project on a landfill site next to the Rotterdam airport. The trip from London City Airport back then was a short one and the drive from Rotterdam to Noordwijske, later that day, even shorter. You see I decided to stay on for a few days and take in some of the sights and sounds….in particular some of the golf courses which I had read little about but wanted to see.

I had contacted Noordwijske and Haagsche a few days before my trip and they agreed to host me the two days I was in town.

Like anyone with a passion for golf I was up at the crack of dawn (before first light) and out on the links. I made sure the hotel I stayed was close enough to the course such that I could get an early start. By that time, I had visited many of the best links courses in the United Kingdom and Ireland and could be forgiven for thinking I was strolling in the high dunes near Birkdale, Manchester or the town of Ballybunion. Certainly a few of the holes out in the open were as good as any I had seen and whilst some of the course was tree-lined it did give it added variety….even if these holes were not as good. 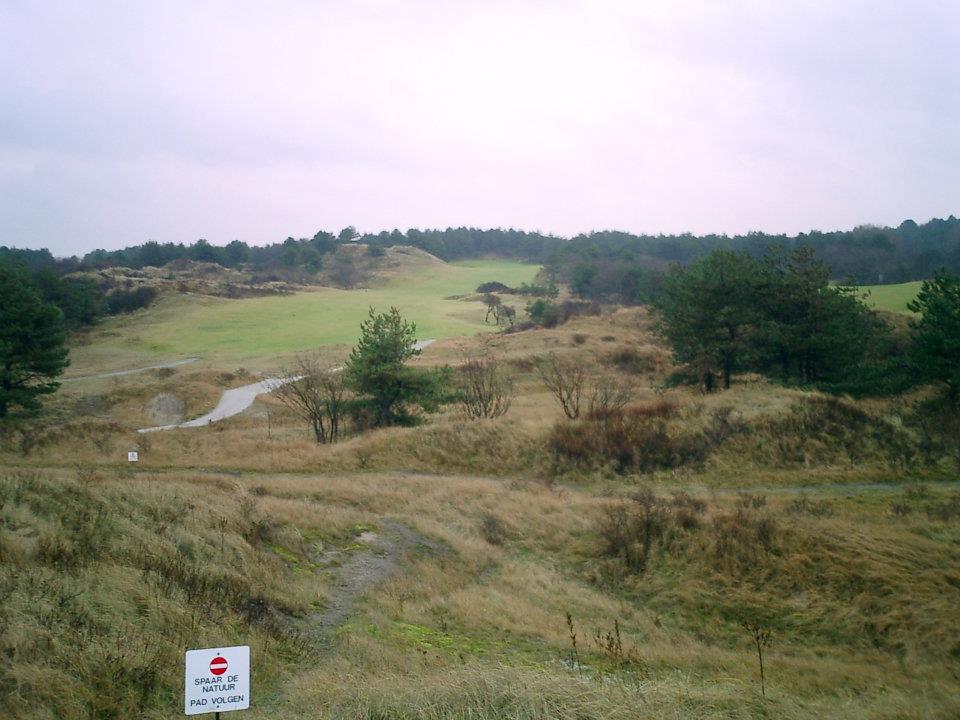 Golf at Noordwijske – what terrain

It then came as a bigger surprise, later that day, when I mounted the hill that leads to the first tee at Koninklijke Haagsche. The view from that tee is spell bounding with views out over some of the biggest dunescape you will ever witness. Haagsche is a top 100 golf course – no doubt about it. It has just about everything going for it = interest, character, a handy routing, strategy etc. Some would argue the 18th is a bit detached (and dissimilar) from the rest of the holes but “by golly” the golf course is a roller coaster ride. Any Architect or budding one should look to make the pilgrimage…. 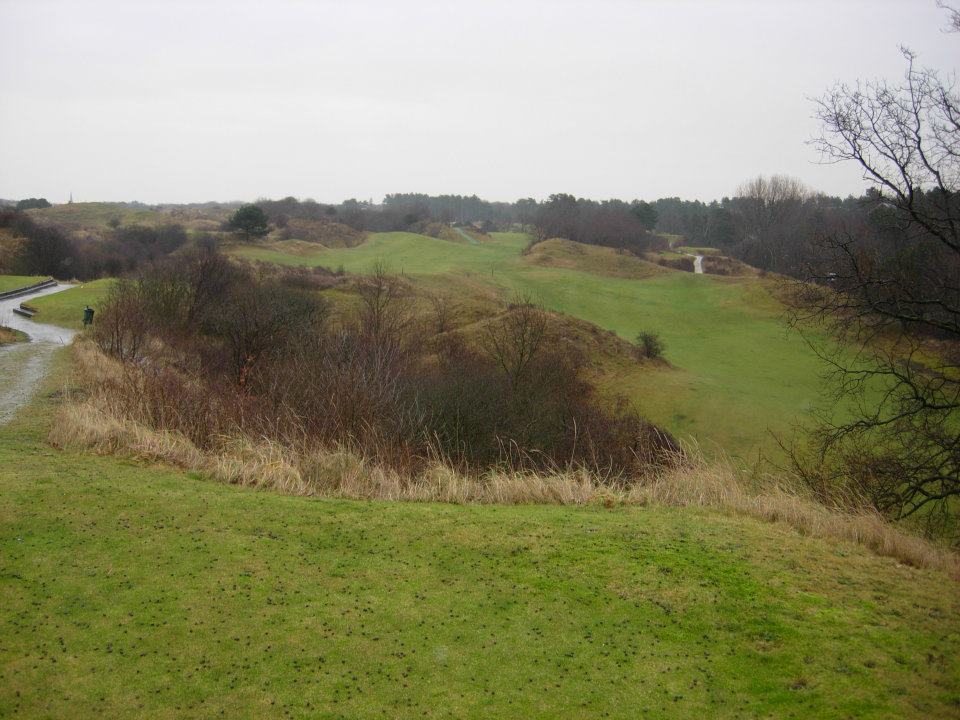 Koninklijke Haagsche has some of the strongest golf holes anywhere. The scale of the place is almost second to none 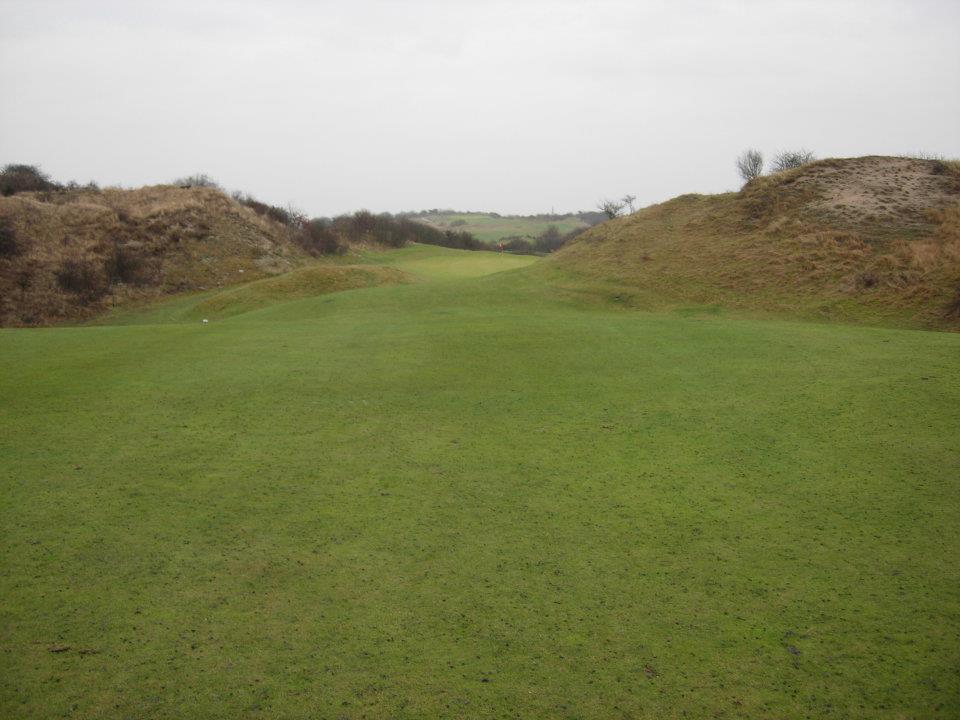 Some of the natural rock and roll at Koninklijke Haagsche

I had spoken to Sir Nick Faldo a number of times about his favorite courses….What his favourite green complexes were, best courses for strategy and the like. He had mentioned on a few occasions how he had particularly liked Zoute (Knokke as it is sometimes known because of the town it is located in….note Knokke was also a big favorite for Seve Ballesteros) and this got me thinking that I take a week out, rent a car and explore Belgium and The Netherlands (I still wanted to visit De Pan and Kennemer at that time).

In 2007 I pre-planned my trip having spoken to the clubs I wanted to visit and the days I would arrive. I had not booked any hotels and the plan was to see as much as I could in good light…..if I could not find accommodation I would sleep in the car. I arrived in Brussels, from my home in Switzerland, and started my journey. If I remember correctly I visited in order Antwerp (Tom Simpson design) – Eindhoven (Harry Colt design) – De Pan (Colt) – Hilvershum (Colt) – Kenemmer (Colt, Pennik, Van Hengel) – Zoute (Colt) – Belgique (Simpson). Admittedly I was “pooped” by the time I was done but the better for the trip. I was invited to play each course but preferred walking them. 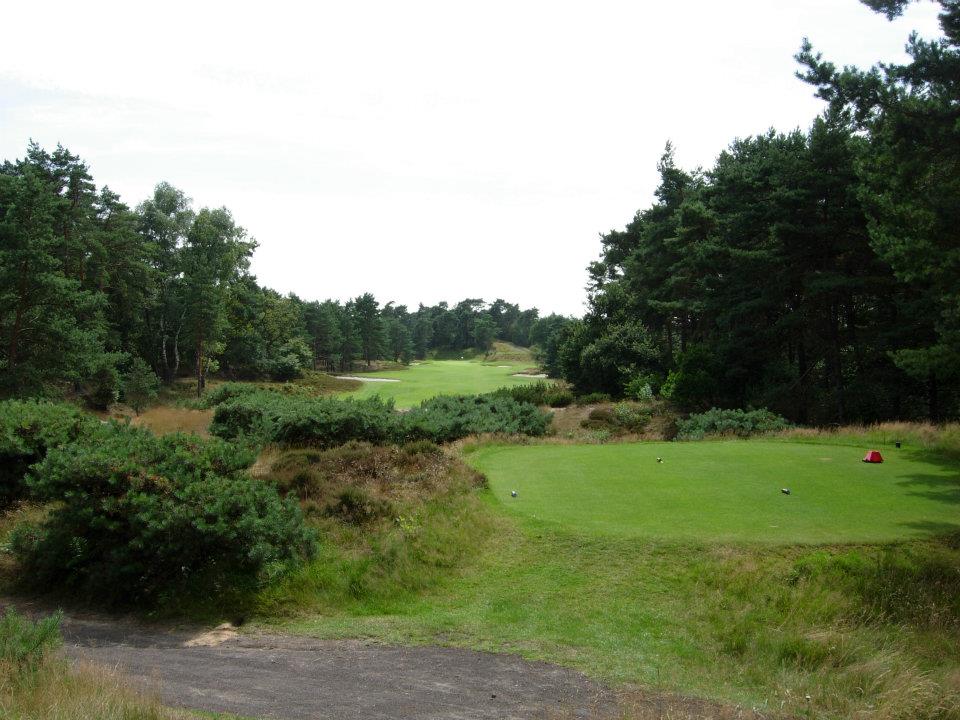 De Pan is sensational….and all on a small parcel of land 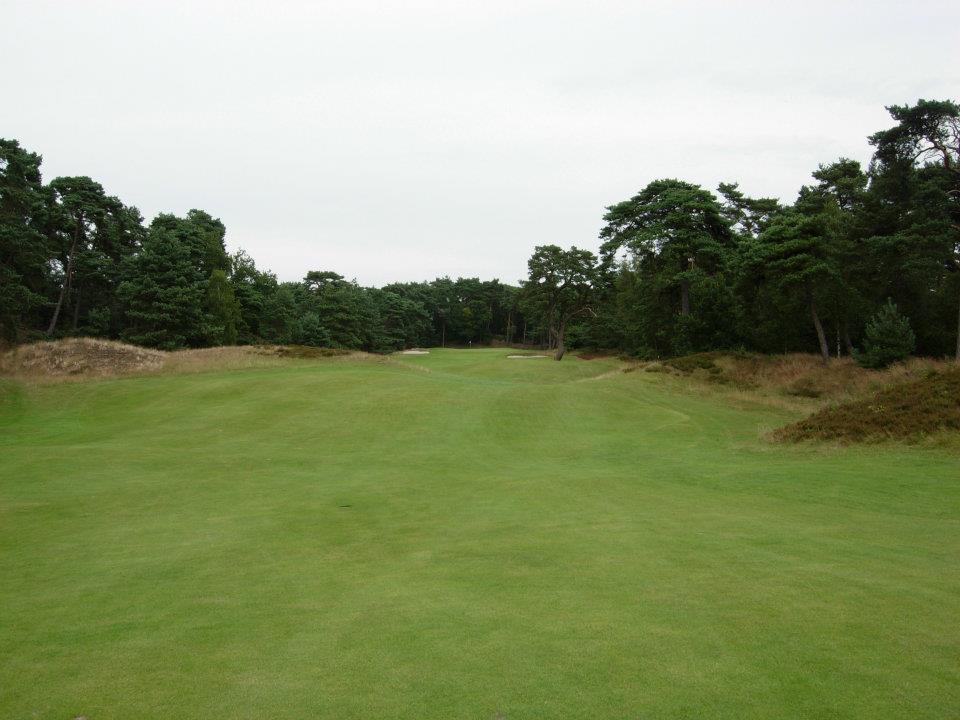 The entrance too many of these great clubs sets the tone for things to come but in particular places like De Pan, Belgique and at Eindhoven the entrance is special – you being wowed before you even reach the clubhouse. Most of these clubs traverse great terrain and many make sound use of it. In addition De Pan (which could just be the best course in the Netherlands….maybe even continental Europe), Eindhoven and even Hilvershum weave through mature pine and heather and all on sand. What a treat. 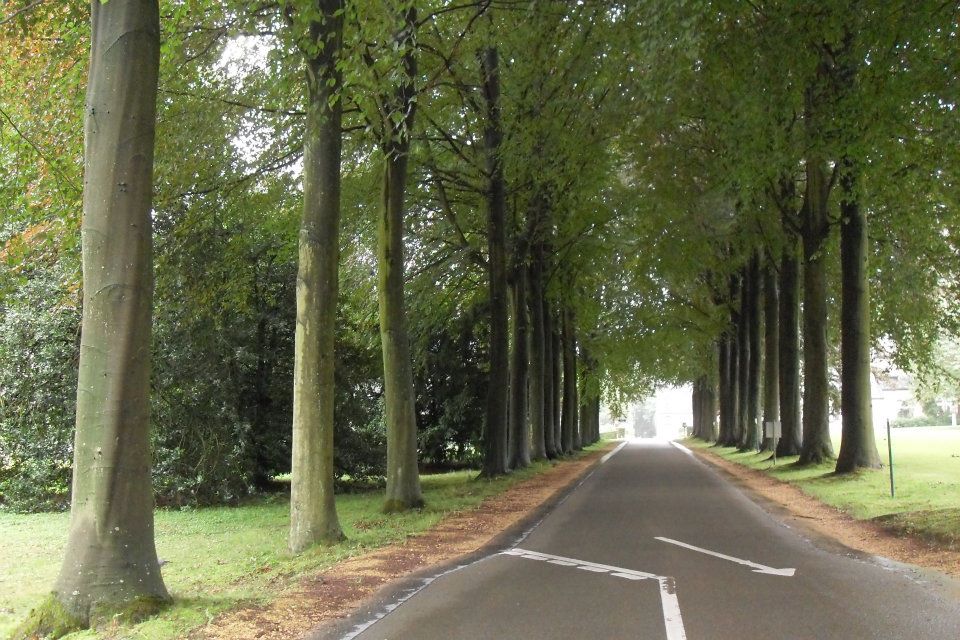 The entrance to Royal Belgique 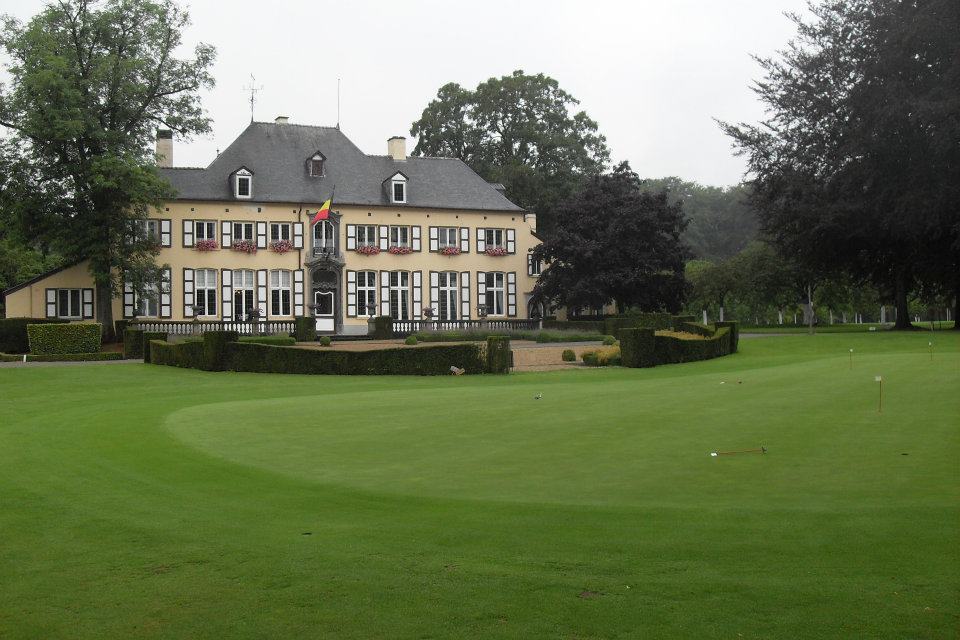 The clubhouse at Royal Belgique

Courses like Zoute offer wonderful angles of play and Kennemer is fun with many of the holes good to look at and strategically strong. I could go on and on but will leave that for another blog post. Certainly having traveled the world for golf I can think of few better places to make a golf pilgrimage…everything is within close distance, the good golf courses are really good and the people are hospitable. 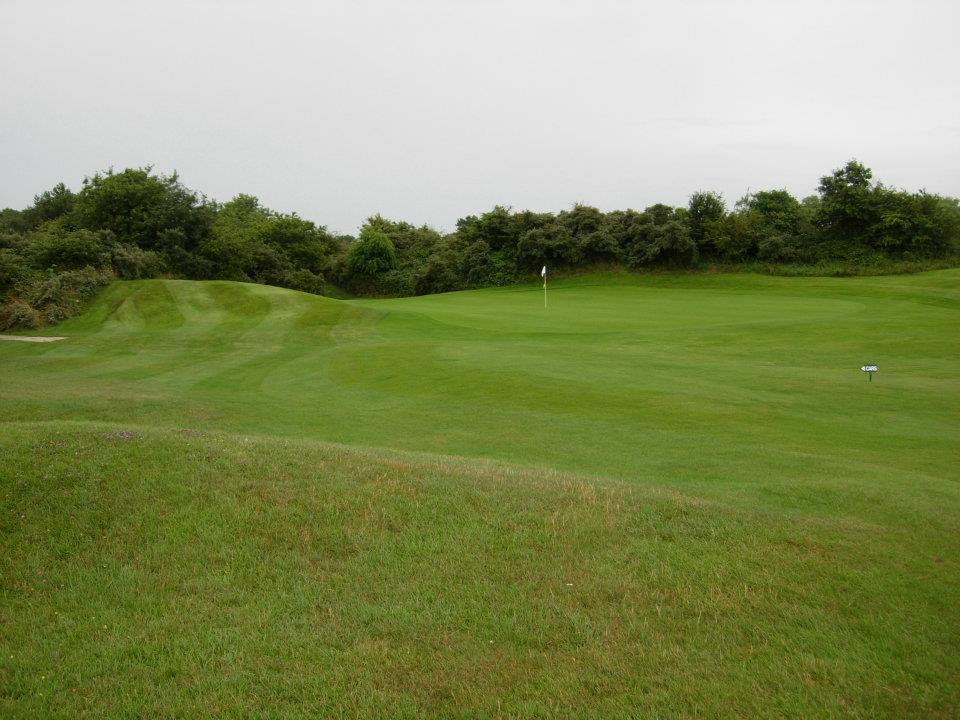 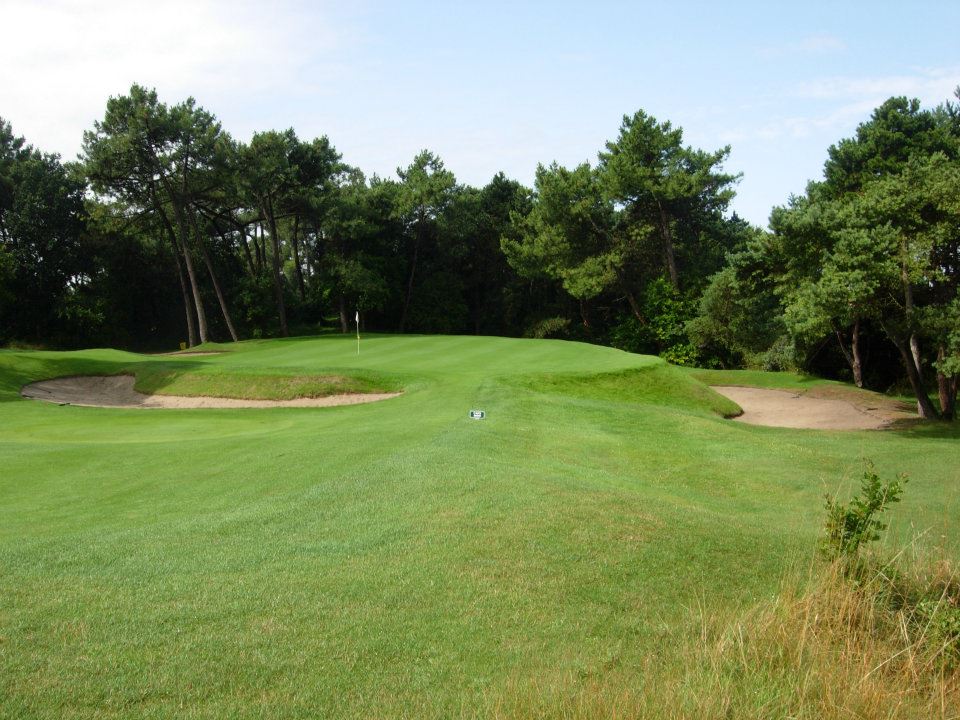 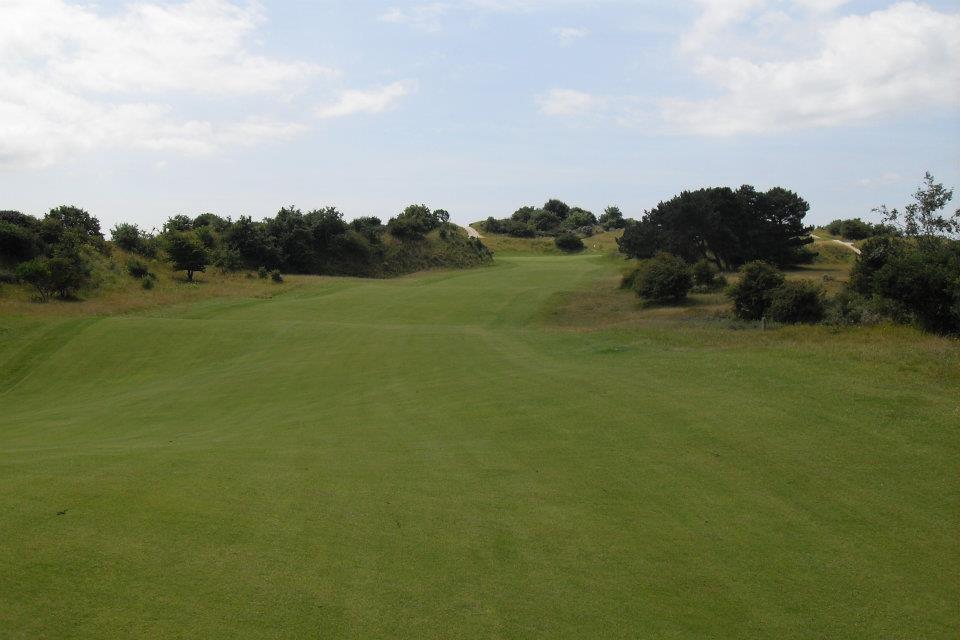 Some fun holes at Kennemer 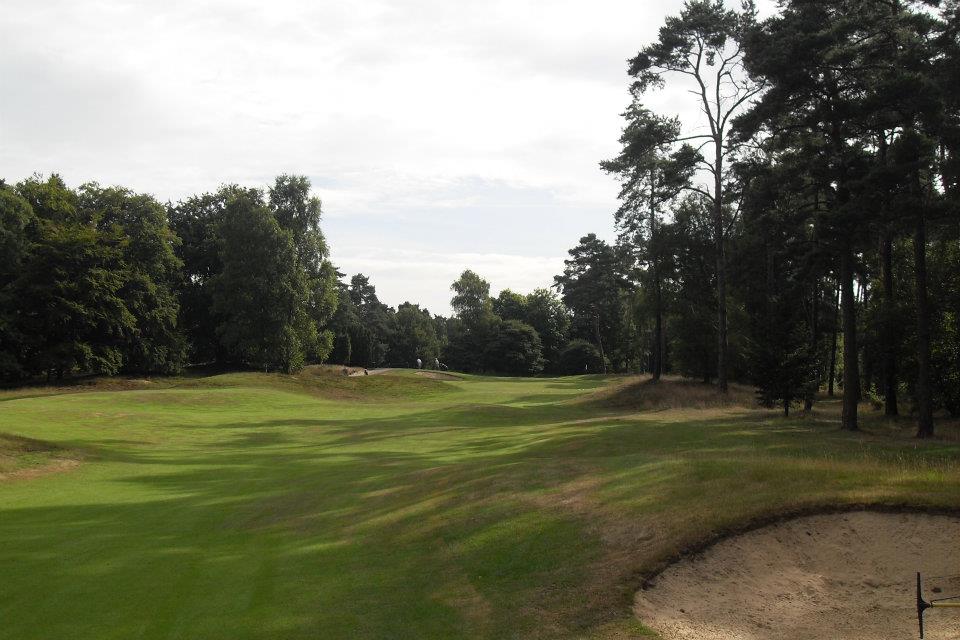 Eindhoven…fun golf course. Could be mistaken for being in the U.K 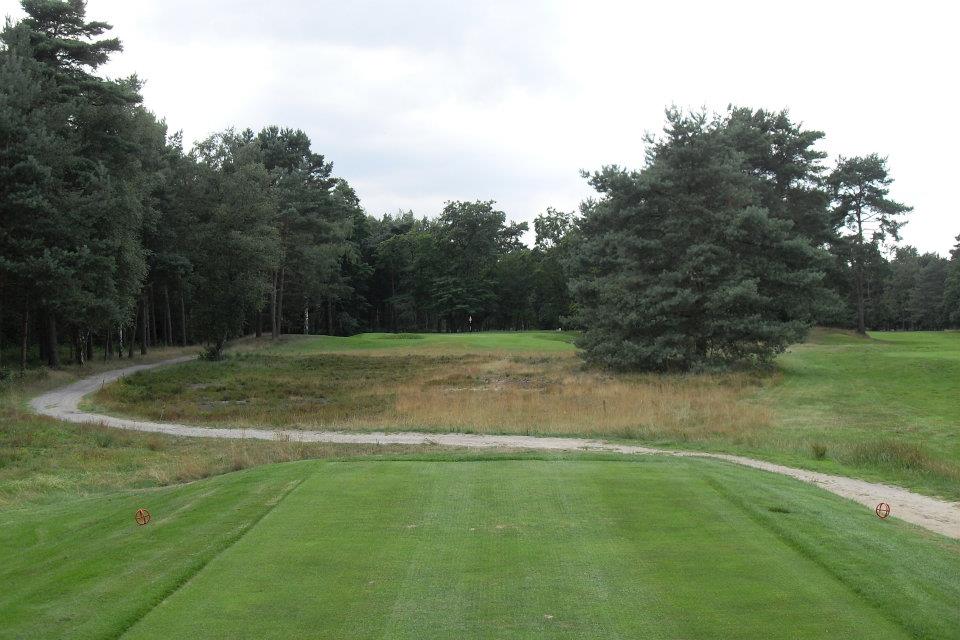 Antwerp…golf in a tranquil setting 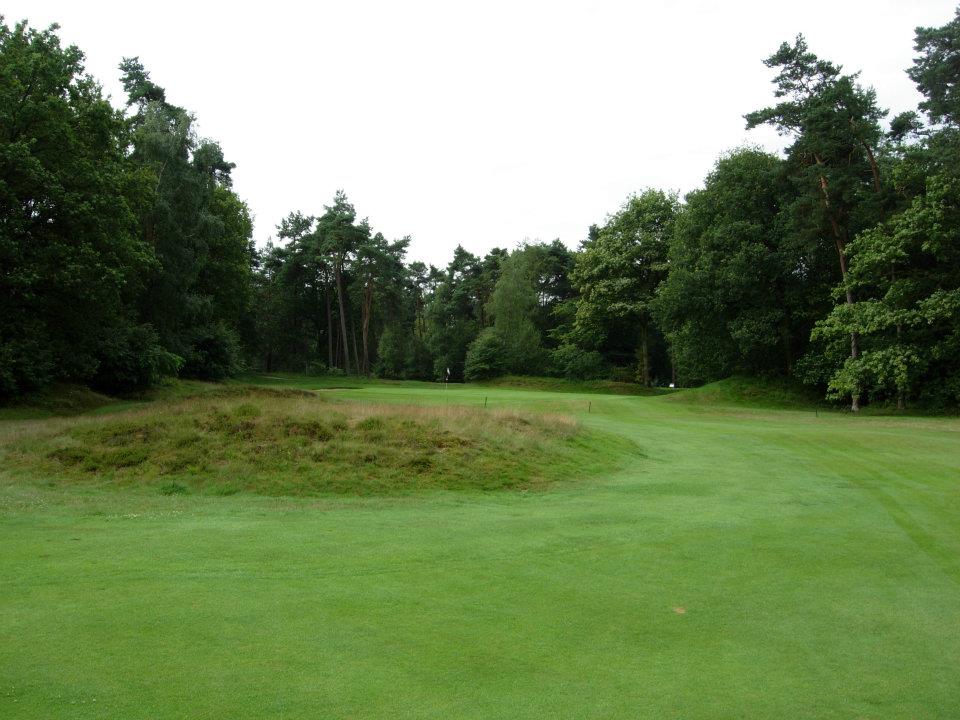