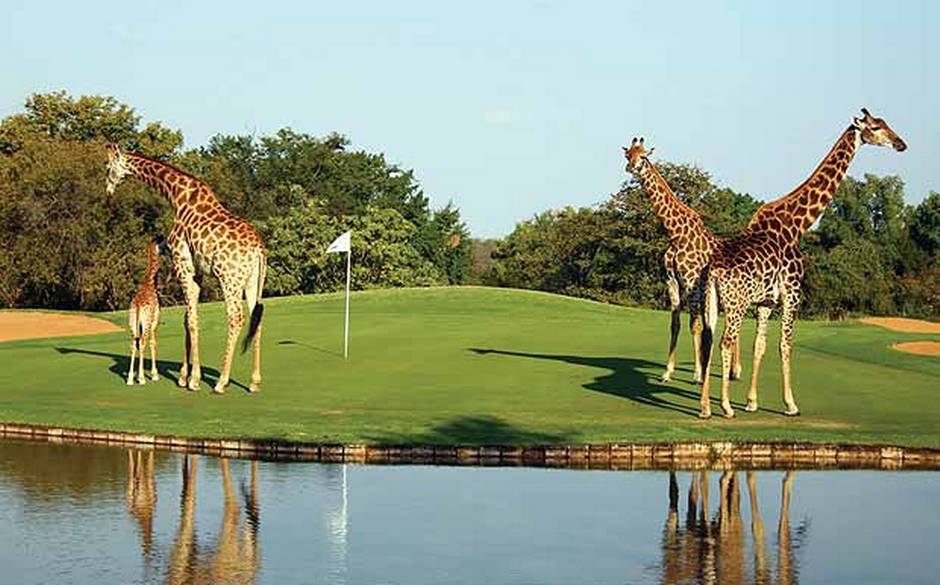 I count myself incredibly lucky to have grown up in South Africa. It is a beautiful country – the terrain has great variety, the weather is usually always good and the people (my friends) are as hospitable and friendly as any I know. Sure there are niggling problems but aren’t there problems wherever you go. Had I been confident I could have grown and matured as a golf architect in the republic then I would have stayed beyond my university days and made it my home – no doubt about it.

Golf is not the most popular sport in South Africa….not by a long shot. Rugby, cricket and soccer take precedence. That said golf is popular and there is an active participation with near on 500 golf courses dotted about the country. The majority of golf courses are found within the large centres – namely Johannesburg / Pretoria / Durban and Cape Town but that’s not to say you wont find many good ones outside of the metropolis.

If you heading to South Africa to study great golf architecture (or perhaps better still courses that are in the classic mould) you could well be disappointed….although I would argue otherwise. Golf Architects Colonel S.V Hotchkin, C.H Allison (who would pass away in South Africa in 1952) and Fred Hawtree all lay claim to some of the better courses built just before or after the second war. But it’s a gentleman by the name of Robert (Bob) Grimsdell that could be deemed the most prolific and perhaps most successful architect at the time.

For the record, Col S.V Hotchkin can boast having been involved (in some capacity) at old favourites such as Durban, Humewood, Parkview, East London, Port Alfred and Maccauvlei. Likewise Mr.Bob Grimsdell designed some of the countries best including Sishen, Hans Merensky, River Club and Royal Johannesburg to name but a few.

Of the modern era golf architects none have been more prolific than South Africa’s greatest golfer  – Mr. Gary Player (with lead Architect Phil Jacobs at hand for a high percentage of his work). Jack Nicklaus and Ernie Els teams have completed numerous projects throughout the country as has Peter Matkovich – who alongside Dale Hayes could be deemed the most prolific of the “locally based” golf architects.

What is most striking about golf in South Africa is how varied the golf environment is from North to South / East to West. You would never think you’re in the same country were it not for the boerewors rolls, biltong and Windhoek lager at the half way hut or at the end – talk to any South African male about cuisine and they will mention the above without even thinking. 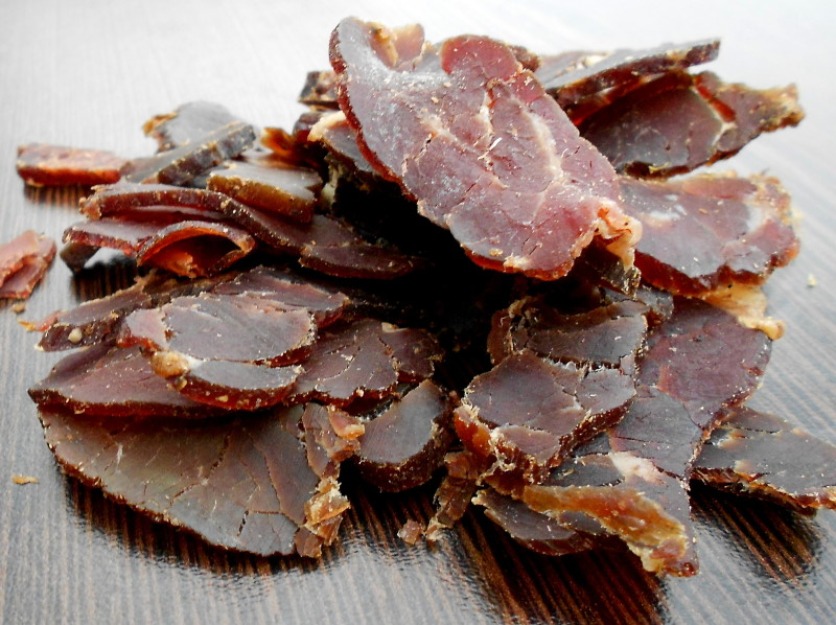 The staple diet for any South African – Biltong

I have always viewed golf with a sense of adventure. I love the idea of discovery….of finding golf and I can imagine many of the early golf architects felt the same – particularly those that worked in South Africa.

Golf Courses such as the Gary Player Country Club (designed with Ron Kirby), Hans Merensky and even Leopard Creek embrace their surrounds / have a real sense of place and are unique because of it. So much of golf is about memories and it’s hard not to forget some of the vegetation and wildlife that roam these courses. So what if they are not “model” designs like those courses you would find on the Melbourne sand belt or on Long Island – you could even argue this hardly matters when the surrounds are that good.

Great golf courses have their own unique character and some of the best golf courses in the country are driven by a real African feel which you won’t find anywhere else.

I lived and studied in Johannesburg (Jo’burg for short) for 4 years and in that time I got to visit / study and play just about every good course in the metropolis – at least up until 15 years ago. During my time in Johannesburg, I lived a chip and putt away from Royal Johannesburg and have fond memories of both the East and West course. Both these courses traverse some wonderful terrain and some of the vegetation is just as good  – even if overgrown at times. Other golf courses I enjoyed include Randpark Ridge, Killarney, Parkview (close to where I studied) ,Wanderers. and Observatory (or Obs as we use to call it). 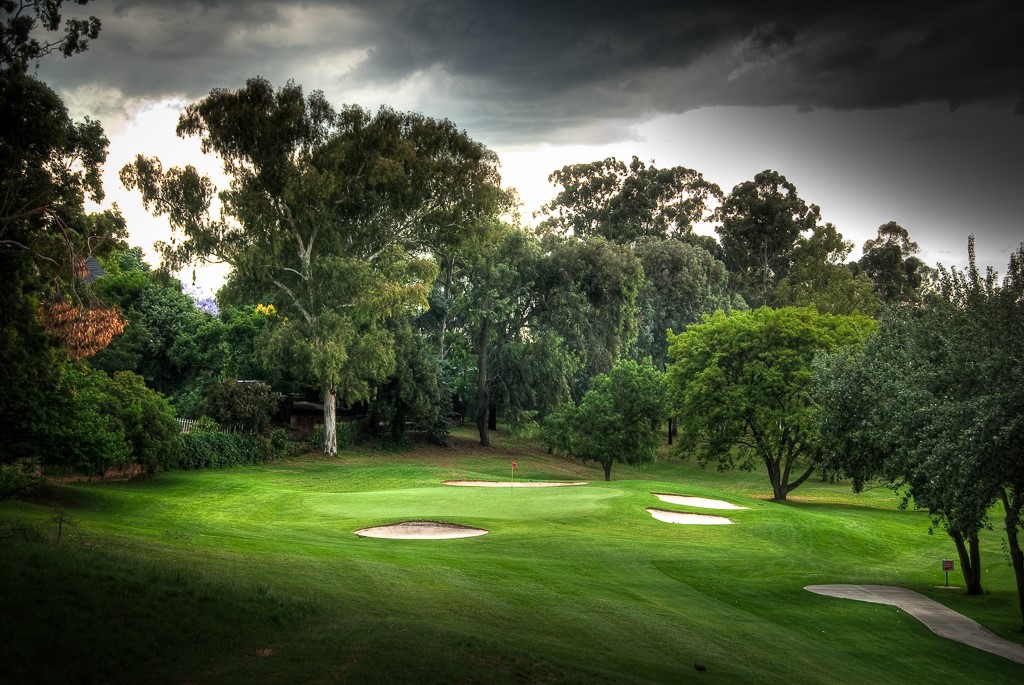 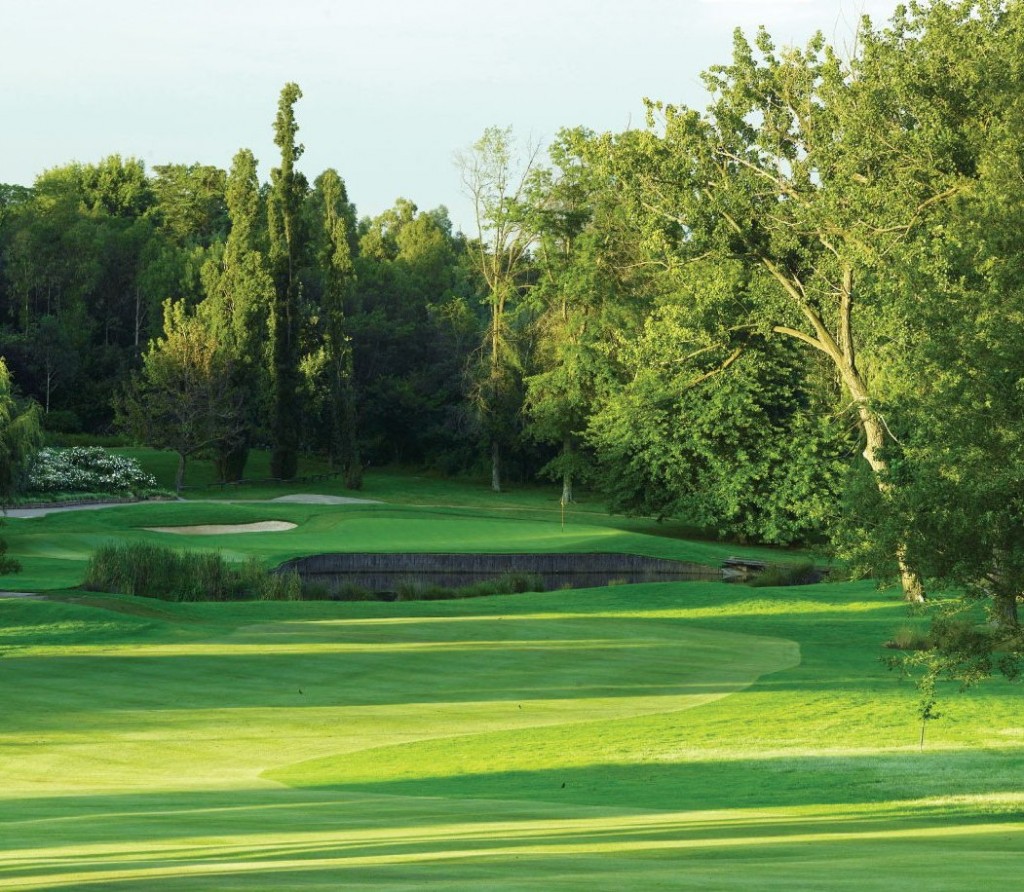 The Drakensberg mountains divides the country and separates the coast from the highveld (or high ground). Johannesburg / Pretoria are all located on the highveld and sat at a high elevation of approximately 6 000 feet. At this elevation you can expect your ball to travel further – no need for technology to make this happen. During the winter months, when the kikuyu is dormant, and with the air being so thin you can hit your ball a mile>>>>>and that’s no joke.

The Drakensberg Mountains also have an effect on the weather as does the ocean currents. The East Coast of South Africa is greatly effected by the warm Mozambique current and the reason for the sub tropical environment along most of the eastern seaboard. The west coast is effected by the cold Benguala current and reason why this coastline is mostly dry and arid. Durban, where I grew up, is a marvellous place to visit with outstanding weather and lush terrain. You will note many of the golf courses in Kwa Zulu Natal traverse dense, often impenetrable tropical bush, coastal scrub and sometimes mangrove. Take for instance Durban Country Club, Beach Wood (Now also Durban Country Club) and the Wild Coast. All good golf courses in particular Durban CC. Then there are hidden gems like Umdoni Park, Selborne and even Southbroom that are worth a visit. The golf on the coast could not be more different from those courses you find on the highveld – at least in terms of vegetation and terrain. Many of the better courses have ocean views and almost always traverse dramatic terrain.

Further down the coast one will find gems such as East London and Humewood (in Port Elizabeth). East London GC (in the city of East London) has some of the most dramatic and grandeur terrain you will see and Humewood has a subtlety about it….. but can be a brute when the wind is up – and it’s usually always windy. 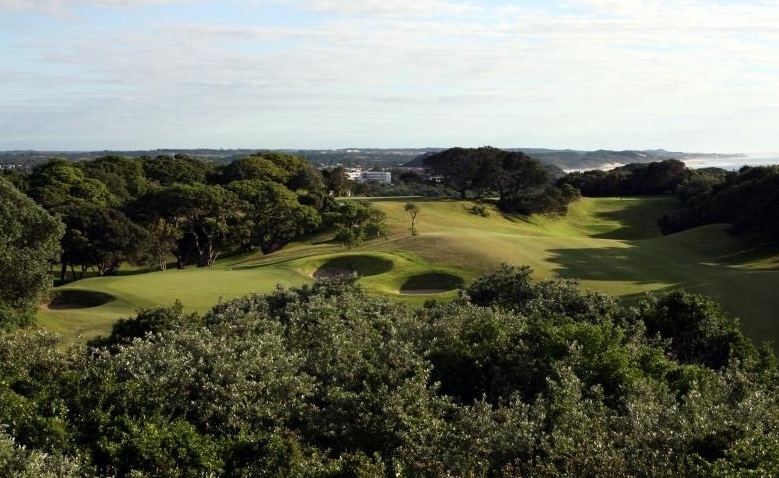 I am less familiar with golf beyond Port Elizabeth. Maybe the golf is not as good as elsewhere in the country (although some would argue the new courses around the Knysna region, which include amongst others Fancourt, Simola, Oubaai and St Francis Links could be the best) but most likely it’s because of what else is on offer. Anyone that makes the pilgrimage to Cape Town, and if possible along the coast from Knysna, will a test to how good it is. Cape Town is a beautiful coastal city maybe only matched by Sydney (at least from those I have seen). The fact is if you are heading to Cape Town or the surrounding area you probably less likely to want to play golf and more likely to do other things. Having said that I am told Arabella is memorable enough -particularly its surrounds. Other courses like Pearl Valley, Mowbray, Stellenbosch and Erinvale have all hosted tournament events and get a good wrap.

To end one could argue that the most unique courses are those up the west coast of South Africa and into the Northern Cape. Towns such as Oranjemund / Alexander Bay and even Kathu (where the Sishen GC is located) have golf courses flanked by barren wasteland or desert. This is unforgettable golf in unforgettable terrain…..but then that speaks for everywhere you travel in the country it really is that beautiful wherever you go. 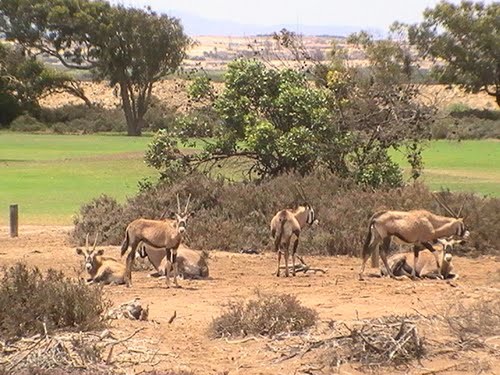