Madeira and Ponta Do Pargo – both engineering marvels

It seems fitting I should reminisce my time in Madeira after Peter Uihlein won – for the first time on the European Tour – at the Madeira Islands Open at Santo Da Serra GC – a golf course on the side of a mountain and in the clouds.

I doubt many people know that Madeira is a small Island in the Atlantic Ocean. Barely flat it is graced by outstanding flora, steep valleys and waterfalls . The scenery is like nothing you have seen before – a treasure chest in the middle of the sea. The people are hospitable, kind and friendly and the attitude is very much Island style. Funchal, the capital and where most reside, has real charm and a colonial feel about it and lest not forget some of the great eateries.

My first visit to Madeira was in 2006 when as golf architect with Faldo Design I was asked to visit a 100ha piece of property on the Western tip of the Island. The idea was to build a championship golf course in the town of Ponta Do Pargo that would hopefully promote business in the area.

As you fly into Madeira for the first time, and you should try and do this by day, you realise just how difficult it must have been to conquer the terrain….it really is that steep and inhospitable. For any budding civil or structural engineer a visit to the Island is a must – only because it has been engineered, like you have never seen before, just to make it livable. The airport is a marvel in itself, with stilts that lead out into the ocean. Add to this the number of bridges and tunnels about the island it really is a unique place. If it were not for these bridges and tunnels our trip from the capital to Ponta Do Pargo would likely have taken 5 hours but instead took 45 minutes. 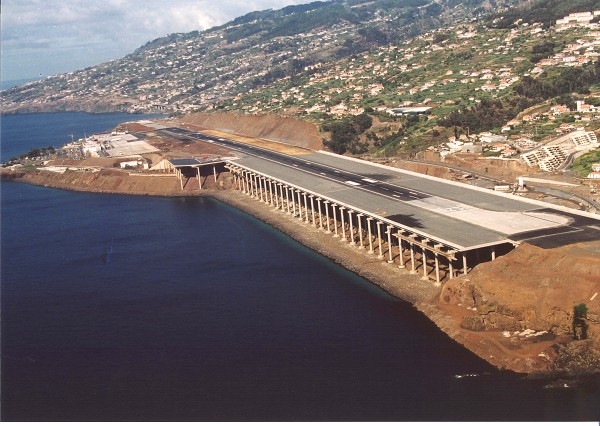 Some may have regarded the land earmarked for golf as a no starter given the severity of the land – certainly this would have been the case 100 years ago. It was flat by Madeira standards but still had a 200m (600ft) pitch from the highest to the lowest point. But it was spectacular and if we were able to sit 18 holes on the property we would have a hit. As it would turn out we managed to get returning nines with 8 holes playing along the cliff edge (a 300m drop down to the ocean below). But building a golf course would be no easy feat…we would need to build a tunnel under one of the holes, build an artificial dam in one of the valleys,  install culverts larger enough to walk through + design / build a comprehensive drainage system which included canals and the rest. Also not forgetting the Irrigation system which was very high tech.

16th hole playing down to the Lighthouse. A tunnel was built under this hole to allow access to the lighthouse at approximately the same location as the existing road. 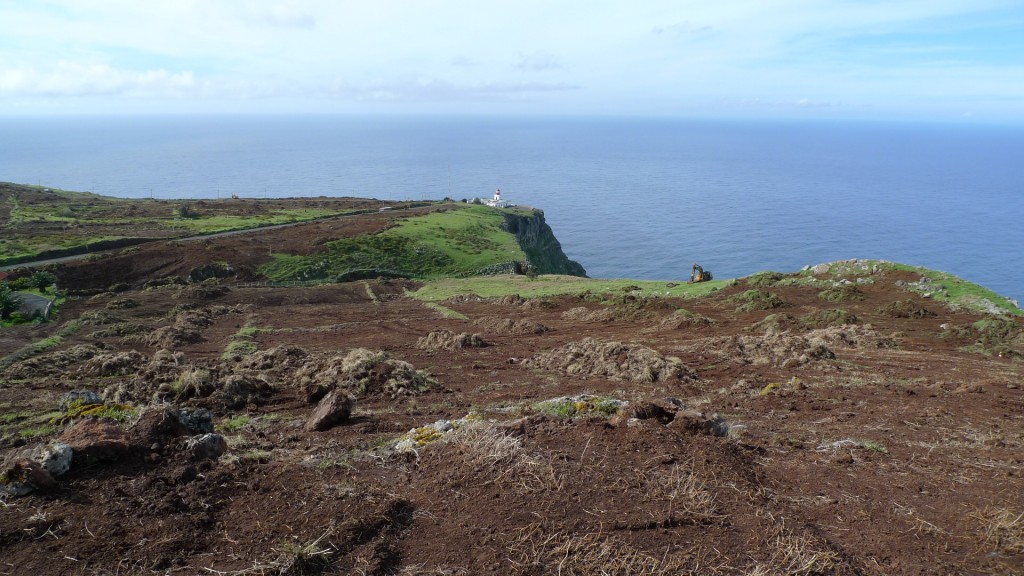 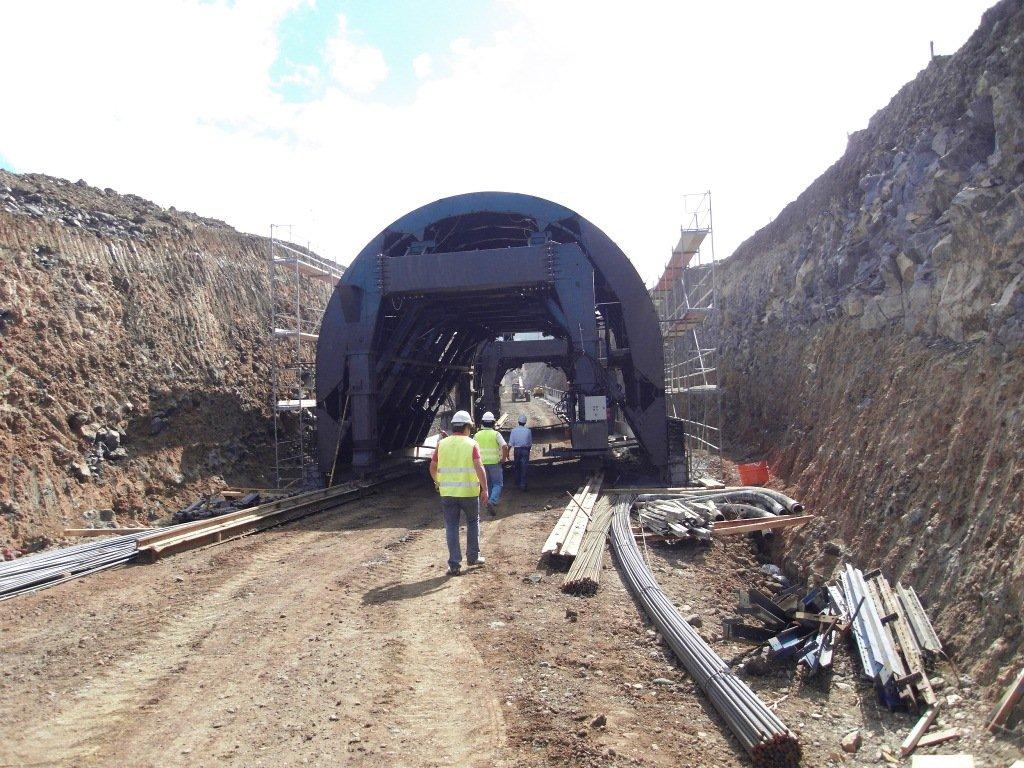 Tunnel being built at Hole 16

At this juncture, I can imagine some people saying why go to all that hassle if the site was not fit for golf to begin? My answer to that is a simple one…if we could engineer the land to create a golf course that would allow golfers (young and old) to enjoy the property and the golf experience  – without going through a bag of golf balls – then why not. The routing is the key to any great golf experience and in our case we had a strong one. Distances between greens and tees were short in most cases and the play areas (in particularly the landing areas) were flat (or graded flat). Also in many cases, given the nature of the land, the golf holes were concave and this helped rebound the ball back into play. We designed large fairways (60metres wide in parts) and large greens. In some cases we designed a multitude of tee complexes given how windy it can get.

Added to this, the design style would mimic the land and surrounds…we would continue the rock wall features (that were dime a dozen to begin) into the golf at certain areas. We would also create a rugged, wild style of bunkering much like the rugged nature of the land.

The design was also as strategically strong as any Nick Faldo golf course I have been involved with. We did not want to design / build a course that was only about about hitting memorable shots in a memorable setting – it had to be much more. 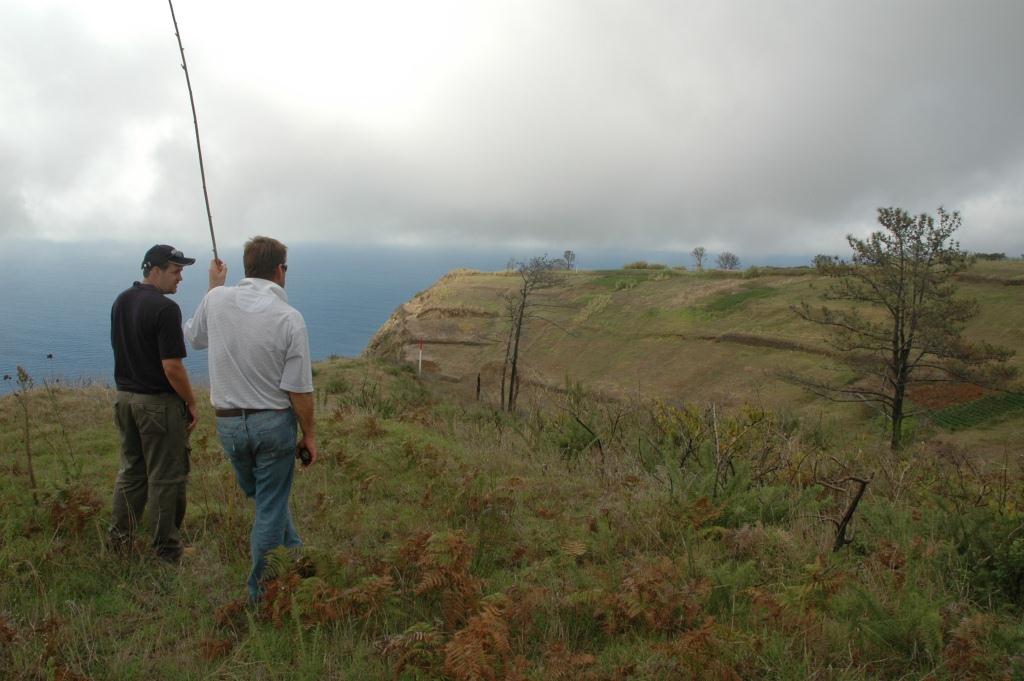 Nick and I on site during one of his inspection visits

Work began on site in 2009 and good progress was made as you can imagine. I don’t believe I have worked with engineers who were so confident about making the impossible …possible – that’s how good they were. Nothing was insurmountable to them. Add to this the fact that the people themselves were wonderfully down to earth, friendly and hospitable – almost like family….work in the day and poncho, laughs and good food by night. 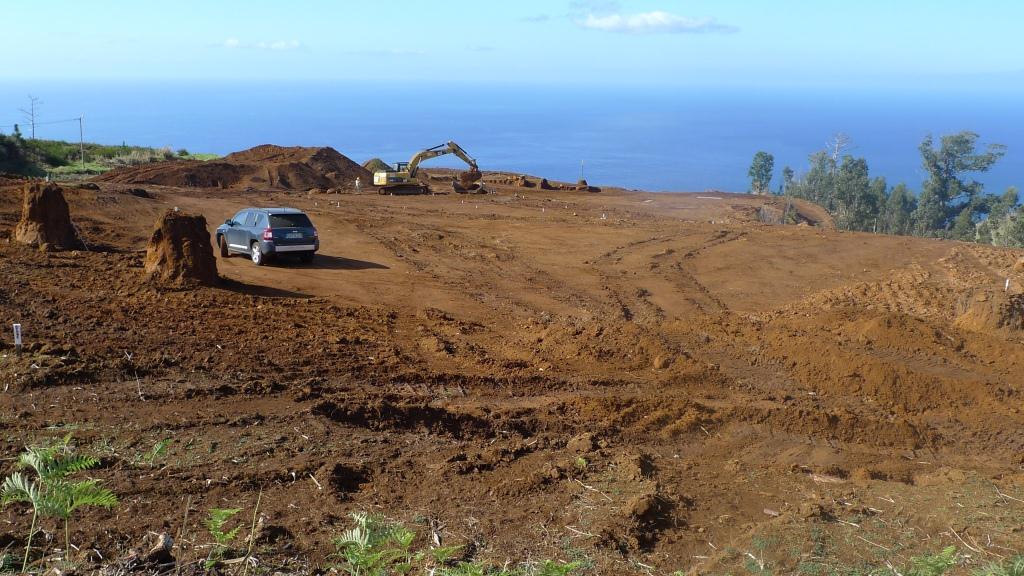 Some serious earthmoving on the go here 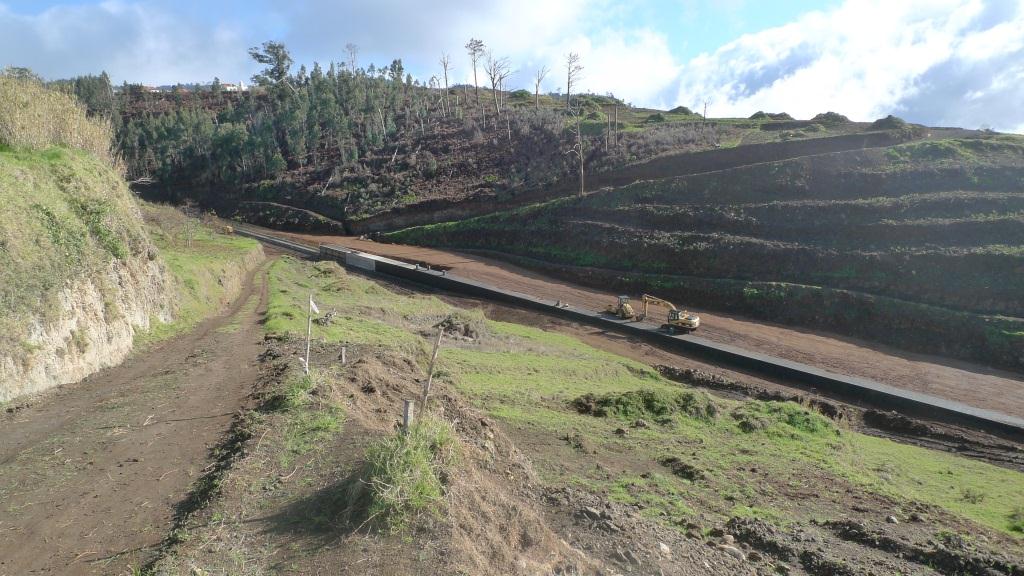 Culverts going in at the base of one of the valleys 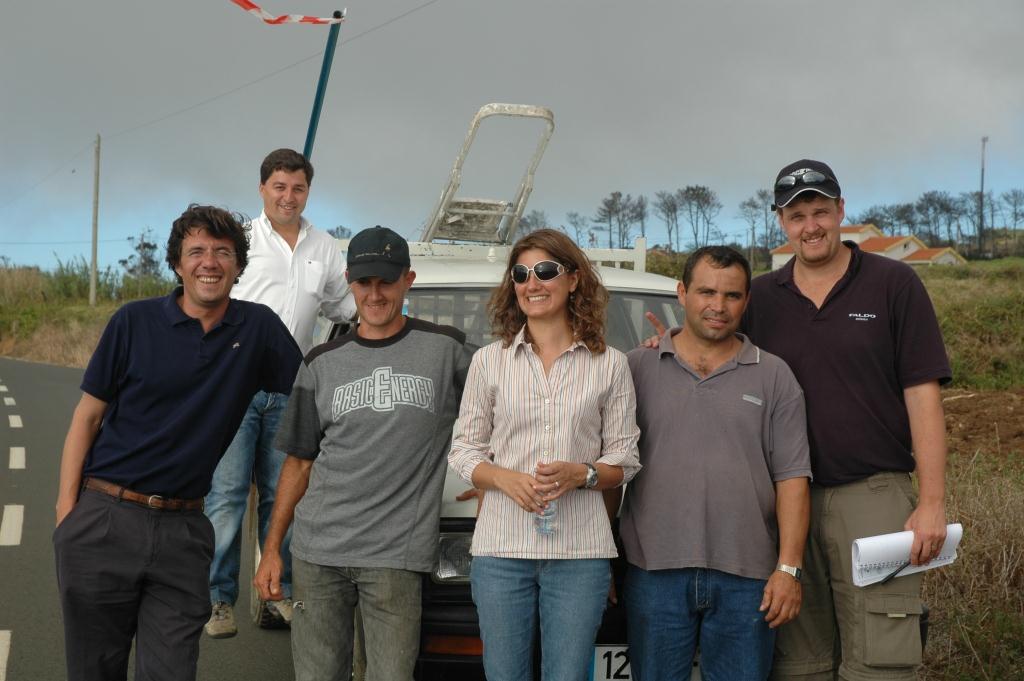 Some of the team

Unfortunately the economic downturn in Europe stalled the project in late 2010. We had cleared the land of Kikuyu, built the main entrance road, bridge under Hole 16 and culvert ed the main valleys. Much was achieved so it was particularly sad when work on site stopped. I suppose in some cases that it is the nature of the beast but what hurt most was  knowing how good this golf course could be and not seeing the hard work, that had gone before, come to any fruition

As you can imagine I think about Madeira a lot still, and whilst I have not been there for nearly 3 years now, I know I will be back and I hope one day the project at Ponta Do Pargo gets completed.